Salicinium is a powerful phytonutrient that is derived from plants. and is effective in the treatment again bacteria, viruses, fungi, as well as cancer. It is often is used in conjunction with other natural or allopathic modalities, is non-toxic, and is normally taken either orally or intravenously.

Salicinium does not interfere with healthy cell development and there are no known side effects to taking it. Salicinium is used mostly by individuals who want to heal from cancer. There appears to be solid evidence that Salicinium can also be effective against bacteria, viruses, and fungi as well as conditions that can stem from them, such as Lyme’s Disease, Epstein-Barr, and herpes.

Salicinium targets anaerobic cancer cells. The composite Salicinium molecule will only affect anaerobic (cancer) cells destroying the enzymatic “cloak” which allows them to hide from the immune system. Circulating tumor cells are at the forefront of an ongoing or escalating malignant process.

Salicinium affects these cells first, therefore, contributing to halting the spread of malignancy. Continued use of Salicinium will allow the immune system to steadily attack remaining malignant cells. This therapy, whether I.V. or oral, should be continued without interruption until testing shows no further indicators of cancer. Salicinium is completely targeted- it will only enter anaerobic cells. 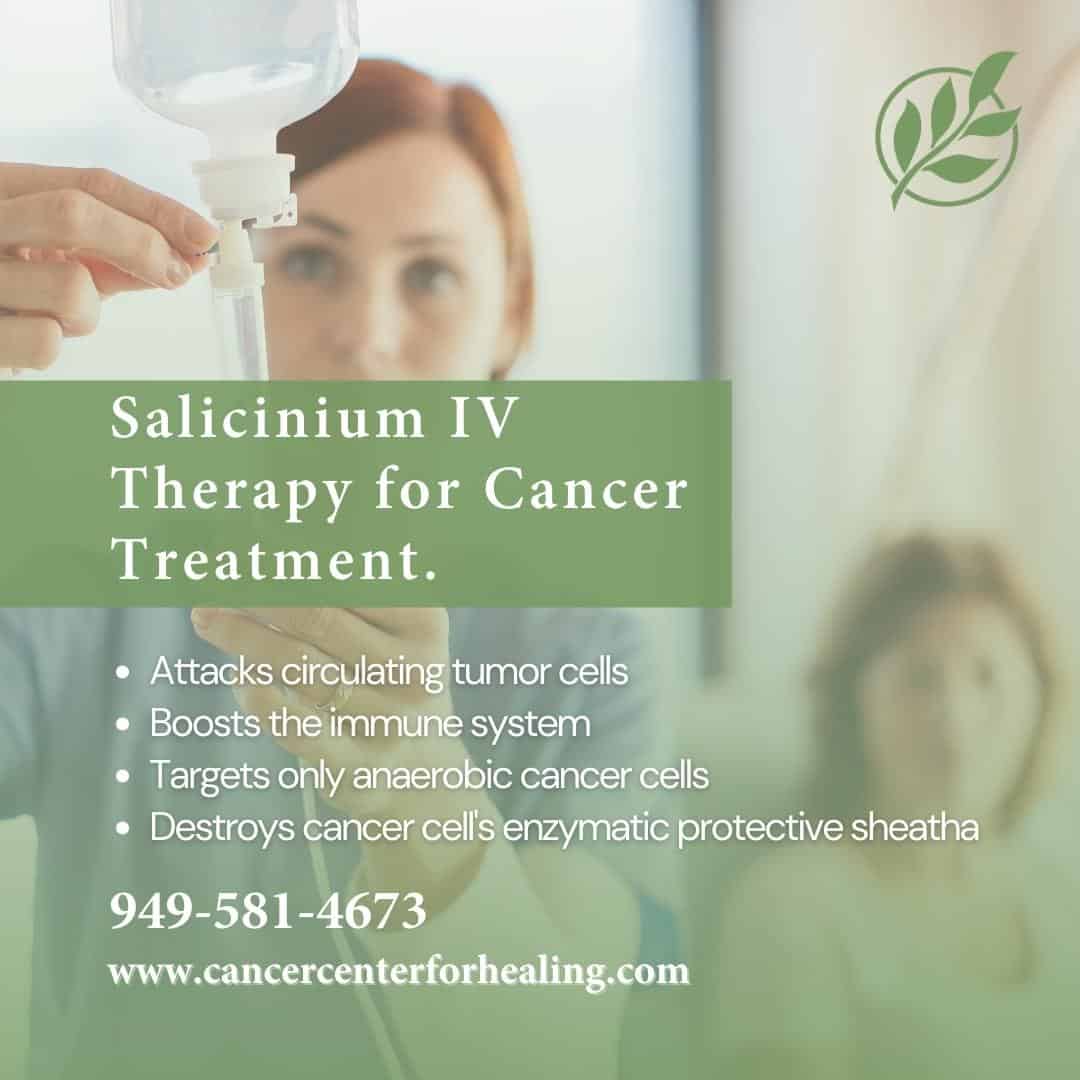 Salicinium is an effective treatment for cancer patients, particularly for all types and stages of metastatic cancer.

Learn Your Options
Scroll to Top
Skip to content