Dr Roney received his undergraduate degree with concentrations in Biology and Sports Medicine. While in school, he worked as an Athletic Trainer, and later at some of the top rehab hospitals in the country. The experience working in the hospital opened his eyes to how sick of a nation we really are. Dr Roney saw so many people being treated for conditions that were preventable. He made a decision, from that experience, to get into health care on the preventative side. It was then he decided to pursue a degree in Chiropractic. Although it was a very good introduction to the alternative health care way of thinking, he knew there was more to the story.

About halfway through schooling, he had a couple of personal battles to overcome. Dr Roney was diagnosed with a melanoma, the deadliest form of skin cancer. He was following a very healthy lifestyle, but this really forced him to research why, at 28, he had a potentially deadly form of cancer. In addition, that same year, his father was diagnosed with lung cancer. At the time, the doctors said it was in the later stages and there wasn’t much they could do. He passed away three months after his initial diagnosis. Dr Roney and his father had perhaps the most influential conversation of his life before he passed. His opened up to him and admitted that he wish he would have taken better care of himself, and that he regretted this tremendously. The pain of this was, according to his father, worse than any pain he was going through physically.

This conversation, and Dr Roney’s own experiences, further solidified his conviction in helping people prevent disease. Dr Roney kept searching and learning ways to help people recover from, and prevent disease, naturally. It became a mission. Upon completion of his Chiropractic degree, he began to pursue courses in a somewhat new field called Functional Medicine. This changed his life as a healthcare provider. He learned how to heal a person at the cellular level, from the inside out. He believes strongly, based on years of studying and research, immune system dysfunction leading to systemic inflammation is at the route of most chronic disease, including cancer. It is the cause of autoimmune disorders, brain degenerative diseases, childhood neurological disorders, adult neurological disorders such as Alzheimer’s and dementia, neuropathy, and fibromyalgia. It is also implicated in thyroid malfunction, hormone imbalance, headaches, and chronic pain. Perhaps the most important concept Dr Roney learned is there are triggers that cause this immune system dysfunction, inflammation, and subsequent disease. These include poor digestive health, sensitivities to common foods, blood sugar imbalance, acute / chronic infections, hormonal imbalances, thyroid malfunction, adrenal fatigue, anemia, poor methylation, and heavy metal / toxic overload to name a few. If these are evaluated in every patient, and protocols are put in place to address these, the patient can and will heal. It’s a beautiful thing to witness and Dr Roney is thankful for the opportunity to help people each and every day. 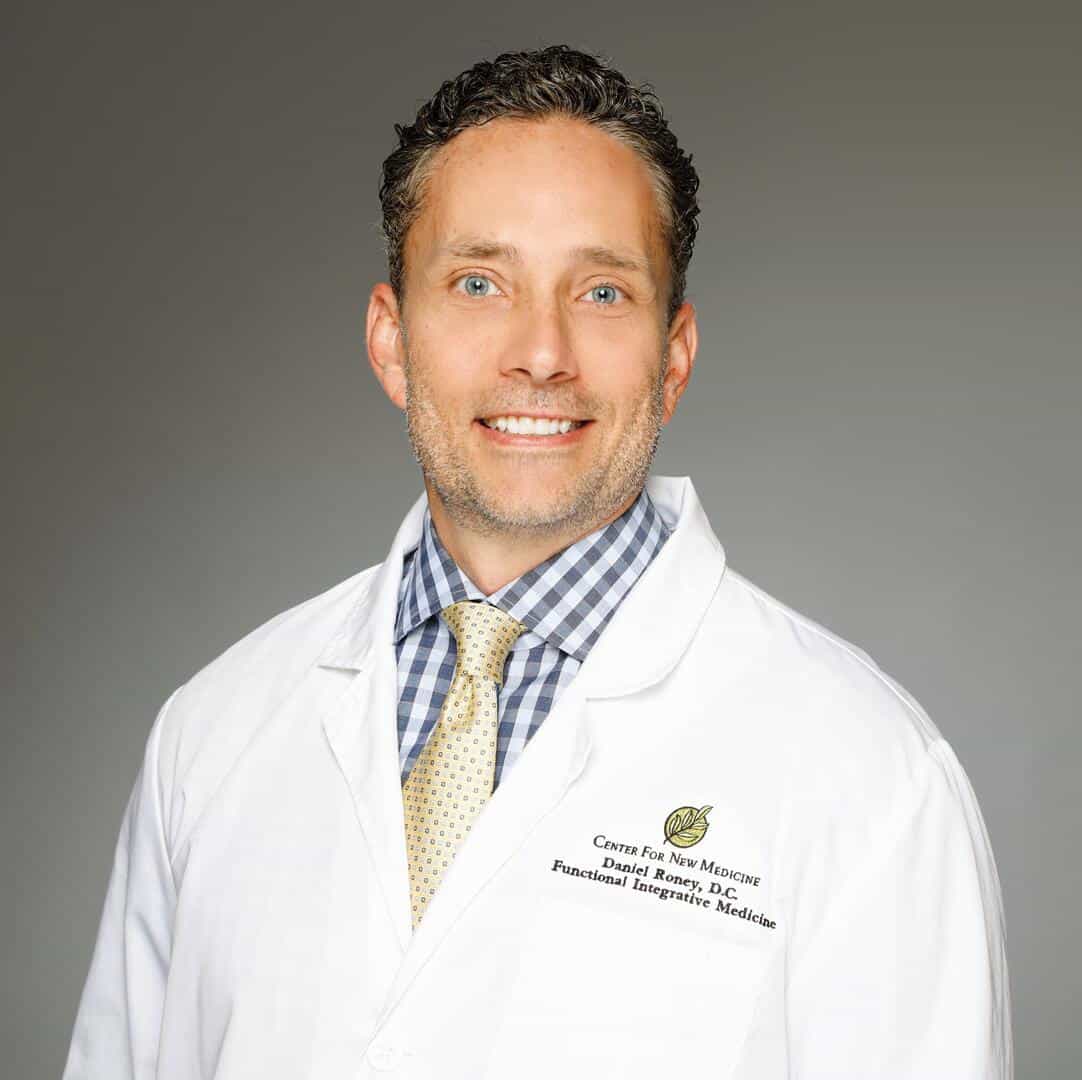